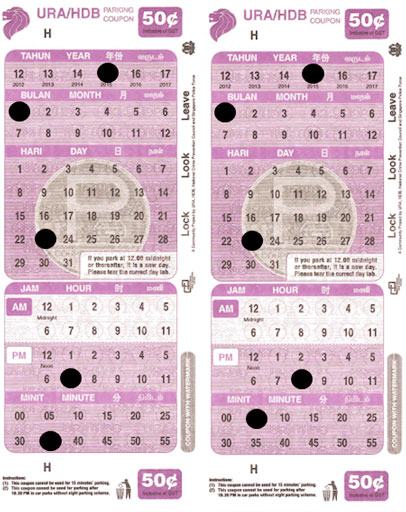 Amid public outcry about the pending hikes in carparking charges from December 2016, Housing and Development Board (HDB) and Urban Redevelopment Authority (URA) have released a joint-statement saying that the hike was justified because they stand to lose $100 million yearly without it. According to their 2014/2015 financial statement, the two agencies earned a total of $667 million from their carparks.

HDB and URA in their statement said that their operating costs have risen by 40 percent since 2002, and that at current parking rates they would not be able to fully recover the full cost of providing for parking.

Pointing out that HDB alone spends over $700 million a year operating carparks, the agencies said that “without the increase in the carpark charges, HDB will face an average shortfall of more than $100 million for its carpark activity in the coming financial years.”

From 1 December 2016, short-term parking charges for public car parks in Singapore will be adjusted as follows:

Season parking rates in HDB car parks will also be raised, but HDB will differentiate the charges. Residents who buy season parking for their first car will pay a lower rate than those who require more than one parking lot or non-residents who use HDB carparks. The details are as follows:

Member of Parliament for Mountbatten, Lim Biow Chuan has supported the parking fee increase. The MP who sits on the Government Parliamentary Committee for Transport, said there are other “maintenance costs you cannot run away from”, and that “cleaning, resurfacing, ensuring that the lines are drawn and lights are working.”

“Some multi-storey carparks have lifts as well,” he added.

Following AGO’s report HDB promised tighter checks on its service providers, and since then many more HDB carparks have adopted the Electronic parking Syatem (EPS).

An industry source who spoke to The Straits Times said operating costs in the carpark business have increased about 20 percent to 30 percent for private operators since 2002, and that “the electronic parking systems (EPS) are the most expensive, it can cost up to $150,000 when we install them at a single carpark.”

HDB had in the past said that it lost $1 billion in a year building flats for Singaporeans. A blog Moneysmart suggested that Singaporeans should not care about such paper losses by HDB, and that the ‘billions-lost’ argument is a terrible one (link: http://blog.moneysmart.sg/opinion/hdb-loses-1-billion-a-year-and-why-you-shouldnt-care/)Follow us on Social Media