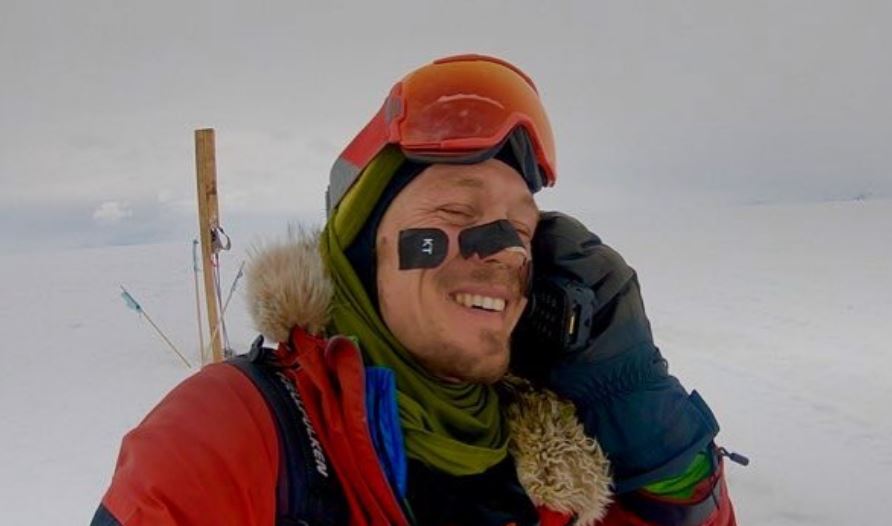 An American endurance athlete named Colin O’Brady has broken the world record by trekking across Antarctica alone, unaided and unsupported in just 54 days. O’Brady’s feat is especially incredible since his legs were severely burned in a fire more than a decade ago.

O’Brady began his trek across the continent of Antarctica with a pull-sleigh holding about “400 lbs of food and equipment” on 3 November. He traversed a total of 932 miles on his own over the next 54 days and made history for crossing the ice-covered southern continent without assistance.

The American updated the world from his Instagram account: “Day 54: FINISH LINE!!! I did it! The Impossible First. 32 hours and 30 minutes after leaving my last camp early Christmas morning, I covered the remaining ~80 miles in one continuous “Antarctica Ultramarathon” push to the finish line.”

He continued: “As I pulled my sled over this invisible line, I accomplished my goal: to become the first person in history to traverse the continent of Antarctica coast to coast solo, unsupported and unaided.

‘While the last 32 hours were some of the most challenging hours of my life, they have quite honestly been some of the best moments I have ever experienced. I was locked in a deep flow state the entire time, equally focused on the end goal, while allowing my mind to recount the profound lessons of this journey.

“I’m delirious writing this as I haven’t slept yet. There is so much to process and integrate and there will be many more posts to acknowledge the incredible group of people who supported this project.

“But for now, I want to simply recognize my #1 who I, of course, called immediately upon finishing. I burst into tears making this call. I was never alone out there. @jennabesaw you walked every step with me and guided me with your courage and strength.

“‘WE DID IT!! We turned our dream into reality and proved that The Impossible First is indeed possible. “It always seems impossible until it’s done.” – Nelson Mandela. #TheImpossibleFirst #BePossible”Follow us on Social Media