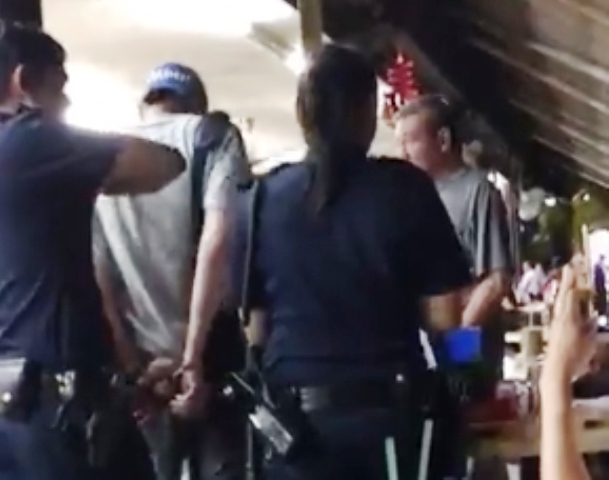 Facebook user Thomas Rahu shared a video of a man being arrested by the police. The user said that man had molested a beer promoter at a coffeeshop in Block 304, Woodlands Street 31 last evening.

The video which is trending with over 600 shares shows police arresting a man who appears inebriated. At one point, the man appears to make an attempt to run from being arrested, but was stopped by a man in plain clothes who was in front of him.

The man in plain clothes can also be seen pleading with the video taker to stop filming the incident. It is unclear if the man who prevented the escape is a friend of the accused, or is a plain-clothes police officer.

Some patrons of the coffee shop can be heard saying the man who was detained by the police was pretending to be drunk to avoid arrest.Follow us on Social Media