The Independent Singapore News
Home News Algae-covered concrete pavements at Woodlands re-rendered, thanks to the power of the...

Algae-covered concrete pavements at Woodlands re-rendered, thanks to the power of the internet 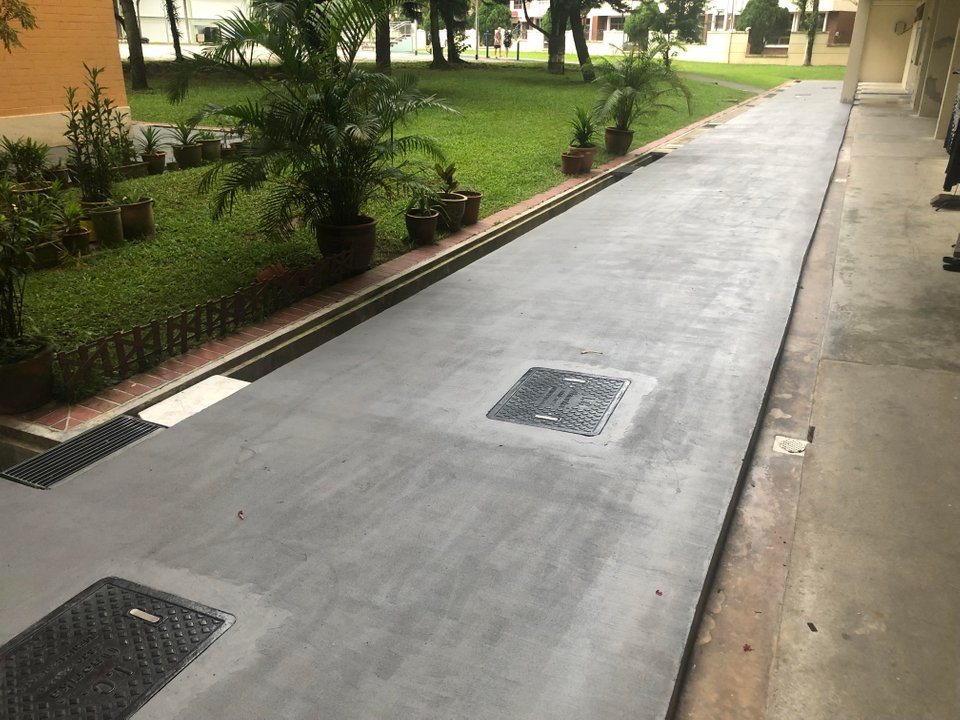 Workers contracted by Sembawang GRC to re-render algae-covered concrete pavements around the foot of certain blocks in Woodlands appear to have completed rectification works.

Reddit user u/random_avocado has been following the progress on rectification works in the area and posted the image above online yesterday. This latest picture shows that the algae-covered concrete has been rectified and a fresh layer of concrete can be seen sitting in contrast to the weathered void deck concrete.

Meanwhile, hundreds of netizens agreed that it seems like the authorities only took action after pictures of the algae-covered concrete went viral online:

Earlier, photos posted on Reddit and Facebook, showing the algae growth covering the concrete pavements around the foot of blocks in Woodlands, triggered immense criticism against Sembawang Town Council.

In a response to the national broadsheet, a Sembawang Town Council spokesman acknowledged that there is algae growth affecting areas near blocks 870 to 882 and blocks 801, 802 and 804 near Republic Polytechnic, before pinning the poor state of the affected areas to “poor workmanship from the re-rendering of the concrete surface.”

https://theindependent.sg.sg/sembawang-town-council-initiates-works-to-rectify-algae-growth-in-woodlands-after-complaints-go-viral-online/Follow us on Social Media