The Independent Singapore News
Home News SG Economy After 15 years, the results are in and it is clear that...

After 15 years, the results are in and it is clear that Lee Hsien Loong has failed 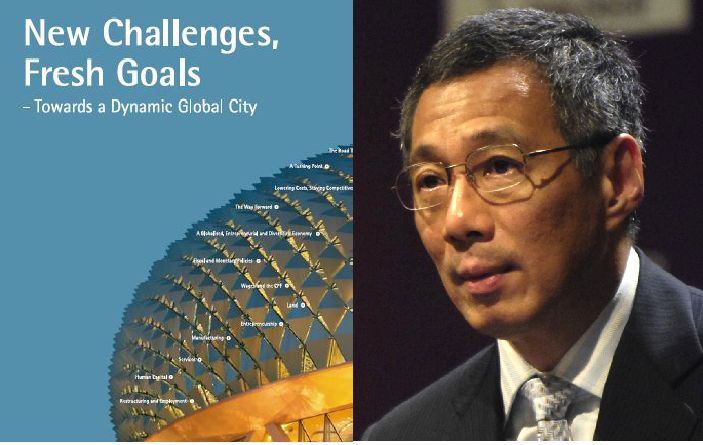 That’s what the PAP is counting on to get through the economic difficulties that we’re rapidly sinking into. But forgetting the past is what will surely prolong our troubles.

Our only hope of recovery is to remember the PAP’s past promises and figure out how and why it has failed to deliver on them.

To do this, we have to go back to 2003 when Mr Lee Hsien Loong, then Deputy Prime Minister and Minister for Finance, was given the task of heading the Economic Review Committee (ERC). We had just come out of the Asian financial crisis in 1997 and the dot.com-bubble burst in 2001.

To assist him in the task, Mr Lee convened seven sub-committees and consulted more than 1,000 individuals to produce a roadmap to transform Singapore – within a 15-year time-frame – into a diversified economy “willing to take risks to create fresh businesses and blaze new paths to success”.

By the end of the endeavour, he waxed poetic, “Singapore will have graduated into a knowledge-based, innovation-driven economy. We will be a trend-setting city-state, a creative and entrepreneurial society.”

Now that the 15 years is nearly up, it is pertinent to ask what has been achieved. Apparently not much, according to Mr Lee himself. As he confessed this week: “We are feeling the pains of restructuring, but not yet seeing the dividends of our hard work.”

(Actually, “we” are not feeling anything – Mr Lee continues to draw his princely salary regardless of how he performs whereas workers are facing retrenchments and wage cuts.)

But no matter, Mr Lee insists that he is “pursuing all the right strategies” and is “confident that given time these strategies will work”.

If these “right strategies” have produced little of consequence after 15 years – the economy, still addicted to cheap foreign labour, is anything but innovation-driven; productivity continues to be a drag on growth; our workers are the unhappiest lot in this part of the world and have been for years; income inequality remains one of the highest in the developed world; and the economy is anything but diverse (we rank 5th on the Crony-Capitalism Index) – should reason then not tell us that maybe it is time to consider ditching them and implement genuine reforms?

The painful truth is that the outlook for this country has never been bleaker and, the PM’s blandishments notwithstanding, things will get worse under the PAP’s autocratic but directionless leadership. Many analysts have, in fact, expressed the fear that the current downturn will be protracted.

But it wasn’t that Mr Lee did not know of the seriousness of the problems that our country faced. He acknowledged in the 2003 ERC report that the economy needed “major, fundamental changes, in strategies as well as mindsets”. To do this, he promised that “restructuring will speed up”.

But time has proven the emptiness of that promise.

For one thing, the PAP, through the Temasek Holdings of which PM Lee’s wife is CEO, still has its tentacles in every sector of the local economy. The massive political-corporate nexus has created a non-transparent, unaccountable and kiasi corporate bureaucracy that is anathema to a culture at one with creativity and risk-taking.

Second, if Mr Lee’s call for a knowledge-based economy is real, then why is he hanging on to the decrepit practice of controlling the mass media?

Third, if the intention is to “change mindsets”, then why are our workers still forbidden from independently organising themselves and our people prohibited from freely gathering and speaking up? Mindsets, if it needs to be said at all, cannot be changed by fiat.

After a decade-and-a-half of the PAP’s experiment, the results are in and it is plain that Mr Lee’s attempt at economic restructuring has failed. The reasons are not hard to evince.

The question that Singaporeans must ask is: How much more of Mr Lee’s “restructuring pains” must we endure before we are willing to change?

Seats at a beginners' coding workshop that is scheduled to be run by three Workers' Party (WP) parliamentarians have sold out after the event drew an overwhelming response from the public. Jointly organised by the Aljunied Constituency Committee and Singapore-based e-commerce platform,...
View Post
Featured News

Singapore -- Former Emeritus Senior Minister (ESM) Goh Chok Tong, who recently underwent an operation to remove a large kidney stone, has disclosed that the first thing he did after waking up from the anaesthesia was to check on his brain...
View Post
Featured News

Singapore -- "I had decided to take a different approach with my siblings but it didn't mean carte blanche for anyone else to use that and further defame me,” said Prime Minister Lee Hsien Loong in reference to not suing Dr...
View Post
Please follow and like us: