Home News Acting Minister Ong: We have thousands of jobs waiting to be filled

Acting Minister Ong: We have thousands of jobs waiting to be filled 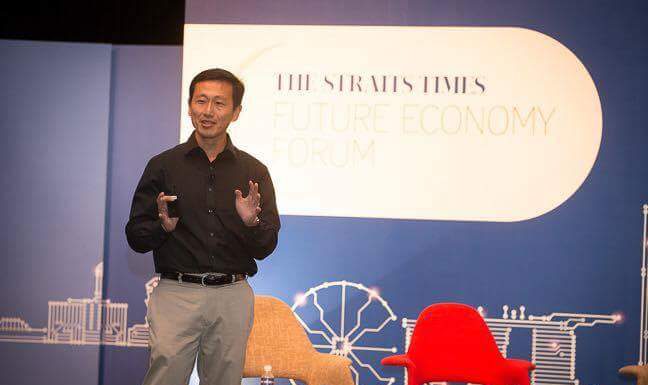 At a forum yesterday, Acting Minister for Education Ong Ye Kung told the audience that despite the slowing economy, there are thousands of jobs waiting to be filled.He listed the jobs. Many are in the IT sector:• 30,000 IT professionals needed by 2017• 3,000 more jobs for professionals, managers, executives and technicians (PMETs) in precision engineering by 2020;• Demand for 1,000 rail engineers• At least 1,200 professionals needed in finance, mostly in IT and compliance• 4,000 more early childhood educators needed in the coming years.He said that the job market is still holding up as evidenced by 9 in 10 fresh graduates from local universities and polytechnics able to get a job in six months.The retrenched workers especially the local PMETs, however, is a different story. They can’t find jobs that easily. He attributed this to the lack of appropriate skills. He said that specialised skills are often needed in entering a new industry.In short, they need to acquire new specialised skills to get a job, he added. In this regard, he noted that the National Jobs Bank has some 70,000 vacancies and many of them require specialised skills.For example, in financial services, those with knowledge of IT applications and cyber security analytics, as well as strong numeric skills, are in demand, he said.Useless Jobs BankIt is not known if Minister Ong is aware that the National Jobs Bank, which is meant for companies to consider hiring locals first does not mandate that they need to hire them. Many are just putting up advertisements on Jobs Bank for the mandated 14 days by MOM because they needed to hire foreigners on Employment Pass (EP).A forumer said, “My company had recruited an alien but cannot bring in soon. HR says must post 2 weeks in JobsBank so, we had to wait.” (https://theindependent.sg.sg/jobs-banks-effectiveness-is-questionable-so-how-would-one-stop-non-stop-jobs-bank-ii-help)Another, calling Jobs Bank a ‘wayang’, said, “My boss put up 2 weeks advertising, he not free to see applicants. After 3rd week then start seeing applicants & interview, guess who is hired? Non-sinkie. What’s is 2 week for? Wayang… Gov don’t really care sinkiesss.. You die your problem.”“Even his own stat boards, GLCs like Singtel . . . use the jobsBank as Wayang to post for 2 weeks while the candidate is already found and completed interview process,” one noted (https://theindependent.sg.sg/st-reporter-new-sketchy-moms-job-portal-will-allay-fears-over-job-losses).“If you are unaware, its sort of a scam.. For FT employers to advertise job vacancies as a govt requirement before they are allowed to hire FTs,” another added (https://theindependent.sg.sg/minister-lim-please-join-our-created-platform-to-find-jobs).Many foreigners excited to work in SingaporeMeanwhile, many foreigners are making enquiries on the Net about getting a job in Singapore. For example, on this thread, people from India are asking how to get a job in Singapore.Deepika Sharma, a HR person, replied, “Singapore is a good country for areas like IT, finance and software engineering.”“Singapore has a lot to offer foreign graduates, being a highly developed country with one of the most successful economies in the world. Its cosmopolitan workforce is efficient and productive, and in growth areas such as IT, finance and software engineering, local talent needs to be supplemented with skilled foreign workers in order to meet demand,” she added.She said that one does not need to be in Singapore to apply for a job as applications can be made online. Initial interviews can be conducted by telephone for applicants outside Singapore, she added.She also advised to follow UK CV guidelines when writing a resume. She said, “Where a CV is required, follow the guidelines for a UK CV. Your CV should be no longer than two A4 pages and should include an objective personal profile, followed by your educational background, a summary of your work experience and positions of responsibilities, and references. When writing your personal profile (three or four lines maximum), state your career focus and/or aims and evidence of two or three main strengths. Tailor your CV to the job you are applying for.”“Most companies in Singapore welcome speculative applications – check individual company websites for details.”Another person, Ritika Ojha, who works in Dell Singapore even tried to help her fellow countrymen to apply for a job in her company:

Noticed she said that “I got few interviews done at my company for outsiders. If you are working in java, c, c++, in dev drop me a note”. In other words, if a foreign candidate is indeed found in this manner, the company would then have to advertise on Jobs Bank, just so as to fulfill the 14 days requirement for EP application purpose. This completely makes a mockery out of the intention of Jobs Bank to help Singaporeans first.Her profile also said that she graduated from Asansol Engineering College, a colle
ge situated in the city of Asansol in Bardhaman district of West Bengal, about 200 kilometers from the capital city of Kolkata, India. Asansol Engineering College cannot be found among the 746 top Indian universities in this list.Still, another person gave a very good suggestion. Amit Kumar said that the best way would be to get a job in a company in India, which has an office in Singapore too. “Later, perform your best there and raise a request for your transfer or onsite….,” he said.And Singapore did sign an FTA with India to enable intra-company transfer of employees with ease.In any case, it is not known how many new EPs will be issued to foreigners to work here in the coming months, especially in the IT sector, in light of what Minister Ong said about our local PMETs “lacking the appropriate skills”.