The Independent Singapore News
Home News A sixth star for our flag, for SG51 and beyond?

A sixth star for our flag, for SG51 and beyond? 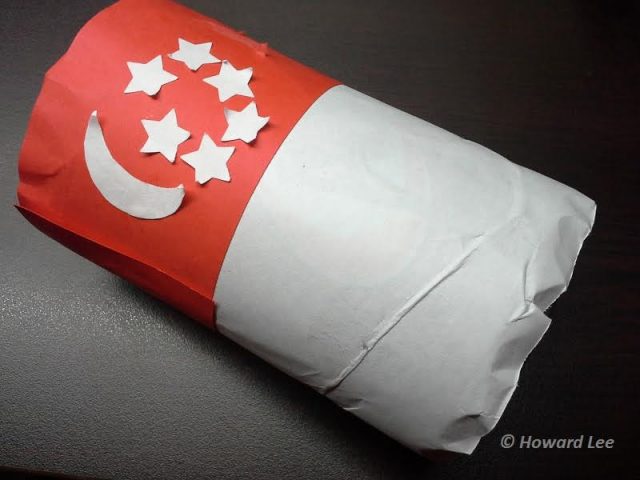 When my daughter came home from her kindergarten’s National Day celebrations, she produced an item that made us all chuckle.

Her bean-shaker, aptly decorated in red and white, had six stars instead of five. I guess she is really enthusiastic, or might need some help counting.

Either that, or she has foresight, for the bean shaker got me thinking: Do we need another star on our flag, and if so, what will it represent? At 51 years young, are the values of democracy, peace, progress, justice and equality enough to see us through the next few decades?

If there is a value that we need to ingrain as part of our national identify, sufficient to bring us through into a future filled with uncertainty, I would propose “freedom”.

We have always been told that we are a small country, void of a hinterland, our security always at risk. The latest announcement about the supposed terrorists who tried to launch an attack on Marina Bay reminds us not to take our peace for granted. The announcement, as if right on cue for National Day, was soon followed by a parade buffet of the “resilience to build our future” storyline, complete with the legendary Badang who faced off foreign threats.

This narrative focuses too heavily on the stars of peace and progress. Our national harmony is taken as the ultimate imperative, with everything else becoming a necessary sacrifice for its fulfilment. Every Minister of Home Affairs in our recent history had never failed to remind us that we need to remain cohesive in the face of terrorist threats, all the while treading eggs on the topics of race and religion.

However, such cohesiveness is often achieved be defining an “us”, against which a war against “them” needs to be fought. It includes arming ourselves with a vigilance that suggests sacrificing personal liberties in order to weed out dangerous elements. Singapore has never refrained from pulling out a long list of detainees under the Internal Security Act, who in spite of their supposed deviousness, never have anything on record to say that they came close to successfully carrying out their plans. Our Internal Security Department must be really effective.

But while we celebrate at every successful capture, we also become increasingly suspicious of the people around us. We can hardly progress as a nation if we keep thinking there are those among us who can do us harm at the drop of a hat. The siege mentality compels us to create an illusory enemy, to which our efforts must go towards eradicating.

We are forever enslaved to our vigilance.

That is the mindset that has, unfortunately, taken over the whole world. The United States, the proverbial land of the free, has enacted laws that seek to exact that same level of eternal vigilance, defining a “them” versus “us”, with which a constant battle must be fought. While such laws face greater scrutiny in recent times, the current race for the US presidency has only ripped new wounds, and is cause for great concern in how it sets the tone for the rest of the world.

But freedom is not just about being able to walk freely on our own streets at night, as some might choose to believe. Freedom is about knowing that any other human being around us has the same freedom as the rest of us, to be treated with the same respect and dignity. That includes not having someone else cast suspicious aspirations on us because of or nationality, the colour of our skin, the accent we speak with or the beliefs that we hold.

It is perhaps time for us to have a deeper think about how a world of terror has consumed us beyond what we can accept for ourselves, should we find ourselves to be at the receiving end of such discrimination. If we wish to protect all that is dear to us, to see Singapore move into a future where we can feel safe and secure, a future where we can truly dream, then the way to go is not to focus on the tangibles of prosperity, or a constructed narrative of harmony.

Instead, we need to focus on base values that we can apply to everyone, and let such values form the backbone of our society. For a start, we can focus on freedom, not as a choice between the law-abiding over the so-called transgressors, but as an ideal that brings us forward and together as a community, respecting what we each believe in, without the usual lip service to tolerance and harmony.

That sixth star might not be too hard to imagine.Follow us on Social Media