The Independent Singapore News
International Business & Economy A mother claims that her baby was drugged at the infant care... 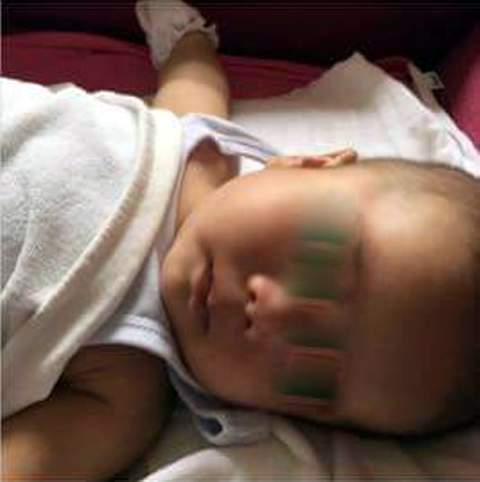 A mother claims that her baby cared for by an infant care centre in Ubi Ave 1 may have been drugged by the infant carers. The mother made the claim in a closed-Facebook group but her post is now being widely shared outside of the closed-group.
In her post the mother claimed that on the day of admission, on 1 April 2016, the infant care centre initially allowed the parents to accompany the baby for the first three days. They however reneged on this promise to the promise and even curtailed the time the parents could spend with the baby.
“Initially we were told that we can accompany our baby for the first three days. But on the first day (01 Apr 16), they did not allow us to stay inside,” the mother wrote.
The infant care centre tried to convince the parents that the other infants in their care would be frightened to see a stranger in the centre.
“When I requested to re-visit my baby, they asked me to wait outside the centre for more than 15 minutes instead of bringing me in directly to see my baby,” she recounted.
The mother said that when she took her baby home, it seemed listless, and slept till 10pm that night.
“When he woke up and cried for milk, he seemed to tired with very little energy to call out for milk,” the mother said.
The mother added that “when we called out his name and played with him, he did not react to us like usual where he will smile at us and shout for hugs. He did not recognise us at all!”
The mother said that she was very worried when he fell asleep again after one bottle of milk and only woke up the next morning. She worries that her child may have been drugged.
“I smelled something from his milk bottles from the school and washed them at home. We are worried and suspect that my baby could have been drugged,” the mother said.

She withdrew the baby from the infant care centre the next day and asked the care provider for a refund. The company however refused to give her one saying they had keyed-in the child’s data into the ECDA system and so I refund was not possible. The infant-care provider’s handbook however promised that the parents were entitled to a full refund during the trial period, the mother claimed.
The mother further wrote that when the infant’s father confronted the care provider’s to ask if his child was drugged, he was immediately offered an apology by the centre.
“If you are not guilty or you did not drug my baby, why did you apologise immediately,” the mother asked.
The mother said that she was sharing her story in the closed Facebook group ‘December SG50 babies’ because she wanted parents with infants to stay away from that particular care provider.