A grounds-up campaign to raise awareness about old cardboard collectors 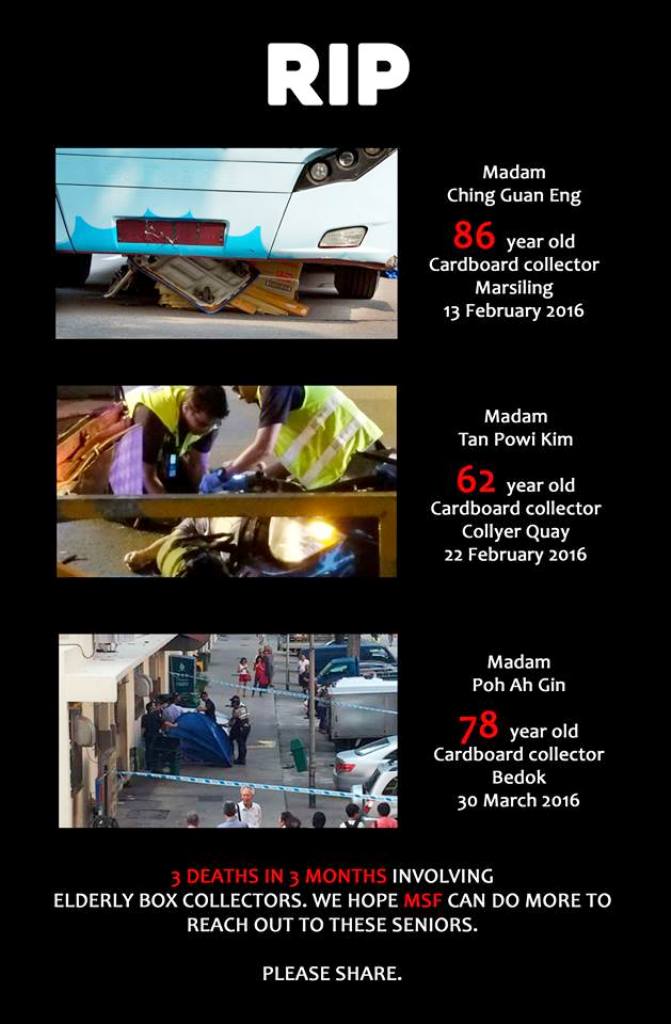 Happy People Helping People Foundation (HPHF), a grounds-up movement which reaches out to the old and homeless is starting a campaign to raise awareness about the old cardboard collectors in Singapore.
Pointing out that there were 3 accidents resulting in deaths involving older cardboard collectors in Singapore, the group feels that the government can do more to reach out to such elderly people.
In a Facebook post the group said, “If they can deploy civil servants to catch smokers, to catch litterbugs, to catch road offenders, can’t they deploy civil servants to reach out to these seniors and offer some assistance?”
The group also said that they hoped to work with the Ministry of Social and Family Development on this issue.
HPHF is founded by a 36-year-old man Nafiz. The main aim of the movement is to generate awareness among the public about the needy all around the world.Follow us on Social Media