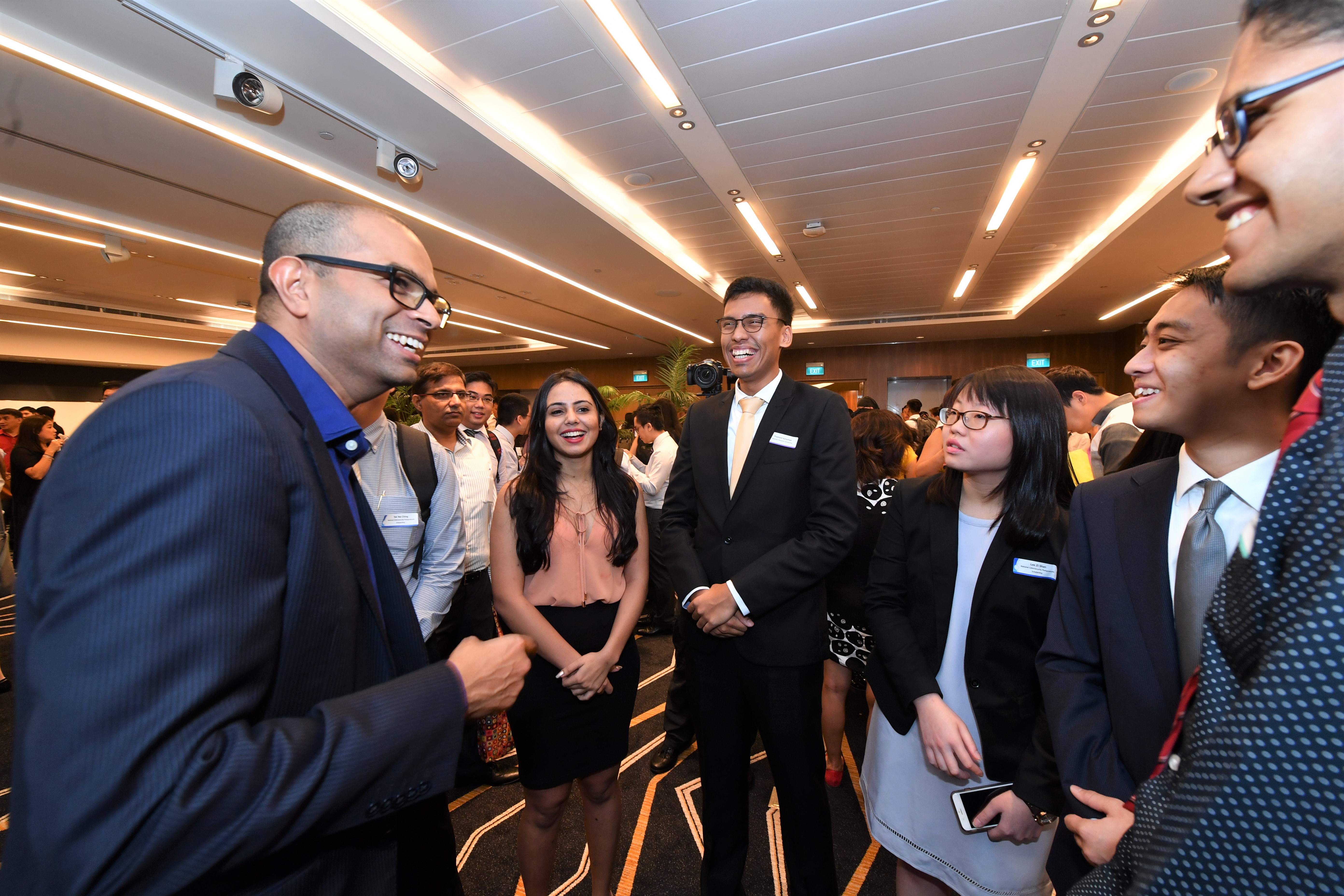 “No Singaporean will be left behind, ” said Dr. Yaacob Ibrahim, Minister for Communications and Information, on our future in the digital economy at Innovfest unbound 2017 in May. The national effort is still ongoing – Senior Minister of State for Communications and Information, Dr Janil Puthucheary presented 850 awards and 50 scholarships to budding talents to develop the next generation of infocomm media (ICM) leaders on 29 September.

A group of student beneficiaries, aged between 17 to 22, from the Industry Preparation for Pre-Graduates (iPREP) programme, unveiled their projects at the inaugural exhibition showcase hosted by IMDA (Info-communications Media Development Authority).

To accomplish their academic requirements such as final year projects, some millennials took one step further, taking advantage of school platforms and making changes to existing technology.

One of the interesting demonstrations is “PIXEL Mirror”, featuring users using hand gestures to interact with a mirror interface, which was modified from a TV set. Another function showcases facial recognition to enhance security. The model aims to facilitate IMDA department staff to book resources at PIXEL Labs such as rooms, 3D printers.

The team of students from Singapore Polytechnics (SP) felt a sense of fulfillment and gratitude for being enrolled in the iPREP programme.

One of the visitors, Yeo, an ex-student who graduated with diploma in infocomm technology from SP 12 years ago told The Independent, “things are really different now. During my time, technology wasn’t taken as seriously. It’s a lot more robust now, with wide-ranging platforms available for local students to demonstrate their creativity to contest and to connect to the rest of the world.”

Mr Tan Kiat How, Chief Executive of IMDA said, “demand for ICM professionals is expected to increase by more than 40,000 over the next three years alone. Today, we are taking an important step to nurture the next generation of digital leaders and innovators.”

According to IMDA, award recipients will be nurtured by global corporations, local businesses and government agencies to be industry-ready.

The 850 beneficiaries of the iPREP programme will have access to funding for courses and certifications, as well as opportunities for industry internships and mentorships