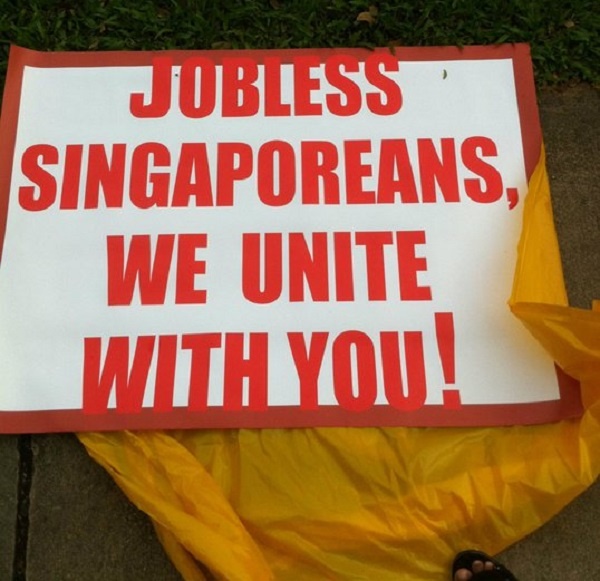 The following is a letter by a 66-year-old man and it was sent to the support site for unemployed locals, Transitioning.

—
As an ex-journalist and ex-teacher, I find it very difficult to land a job, not least because of certain discriminating and unfair practices of employers, including the government.

I had tried to ask management, where I worked before, but their reply has always been negative, even though I have seen ads about vacancies for Sub-editors in particular. Yet, you will be surprised how many expats they have in their staff.

In teaching, it is the same. I had written countless times to MOE. And the matter came to a head when MOE said they would refer it to higher authorities. But after 4 – 5 months of waiting, the answer was NO. And yet, the irony  of it all is that they are still short of teachers and going to as far as Canada and Australia trying to find teachers.

However, I am not discouraged. In fact, I am now doing a bit of English Enrichment Trainer’s work, but it doesn’t guarantee putting food on the table everyday.

The programmes I conduct in our schools, through an agency, are few and far between. The lessons cover only six to seven months a year — once a week, 90 min to 2 hr each lesson.

I am trying to secure something more substantial and regular as I have a homekeeper wife and a son who is now in NS and hoping to join the varsity soon.

I am now attending a course (instead of idling) in Security Services, hoping to at least secure a certificate that will help me to gradually attain a Diploma so that I can get a supervisory job and reasonable salary. But it will take me at least two years for this to materialise.

—
Republished from Transitioning.Follow us on Social Media