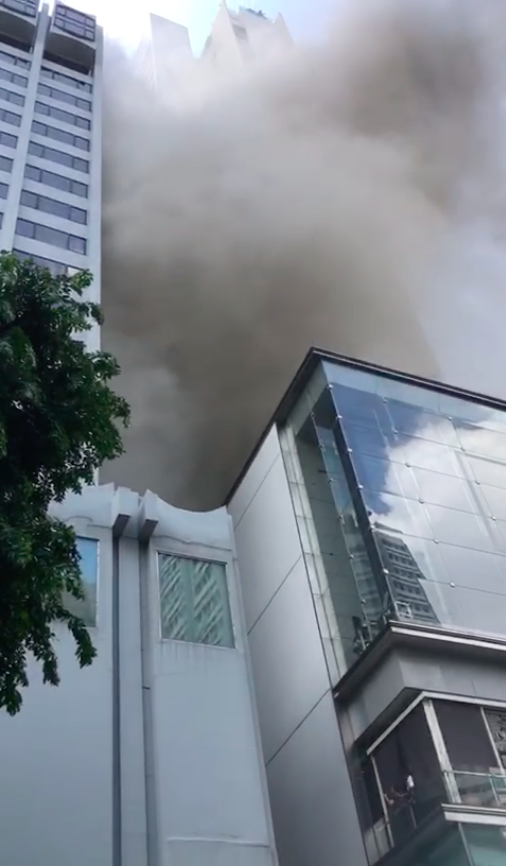 Early on Wednesday morning, a fire broke out at the kitchen of a restaurant in Grand Hyatt hotel along Scotts Road.

No injuries were reported.

The Singapore Civil Defence Force (SCDF) were on scene at about 11.20am, but in a statement to the media, they added that the fire was extinguished by a water sprinkler before the SCDF arrived.

According to SCDF, the cause of the fire had something to do with the kitchen stove and kitchen exhaust ducting at the restaurant which was on the second floor of the hotel.

Videos of the incident circulating online and on social media show thick smoke billowing out of the hotel.

As a precautionary measure, about 500 people were evacuated from the premises by security personnel.

Two water jets were also used to wet the ducting, to prevent the fire rekindling from hot burnt surfaces.Follow us on Social Media