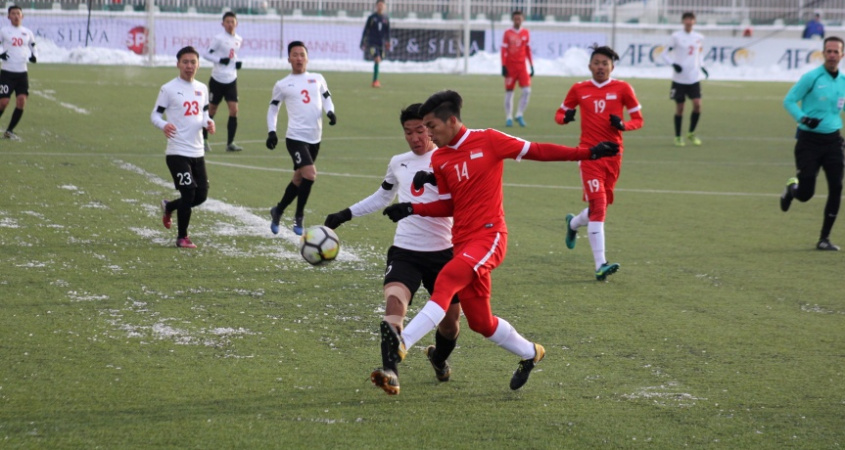 Singapore’s Asian Football Confederation (AFC) U19 qualifiers ended after an embarassing 4-2 defeat to Mongolia on 8 November in Ulaanbataar.Even though Singapore took the lead 2-0 Mongolia fought back to win 4-2.

Singapore also had two players sent off in the last ten minutes of the match, with a third sent off after the final whistle was blown, according to the AFC website.

It was the final group match and both team had already been eliminated.

Singapore’s national under-18 coach Christophe Chaintreuill said after the match that he was disappointed.

“I’m disappointed. We were okay as we were leading 2-0. But we gave a chance to our opponents to come back and win the game.

“Actually, we had good opportunities to make it 3-1.

We didn’t score and lost control in the second half.”

He also apologised for the players’ lack of discipline towards the end of the match which saw Nur Adam, Gerald Joseph Ting Yen Hong and Muhammad Saifullah Muhammad Akbar red-carded.

“I’m sorry for the last few minutes,” said the Frenchman.

“It’s not the attitude we want to show on the pitch. We couldn’t control our emotion and were nervous at end of the game.”

Singapore lost 3-1 to Thailand and 7-0 to Japan in their earlier matches. The matches were played in icy cold weather as the mercury hovered around zero to one degree Celsius in the capital of Mongolia.

While Singapore was eliminated, regional neighbours Malaysia, Thailand, Vietnam and hosts Indonesia will compete in the finals to be held next year.

Singapore – Minister for Trade and Industry (MTI) Chan Chun Sing announced on Monday (Nov 23) that the country is currently at a critical juncture on the road to economic recovery, and that they still had a long way to go...
View Post
Featured News

Singapore – Approximately S$342 million worth of food is thrown out by Singapore households in a year, sparking a call for a change in eating habits and an overhaul of the food supply chain to address the problem. "People do not believe...
View Post
Please follow and like us: