Home News Featured News 1MDB: This is how the famous billion dollar yacht was bought by...

1MDB: This is how the famous billion dollar yacht was bought by runaway playboy 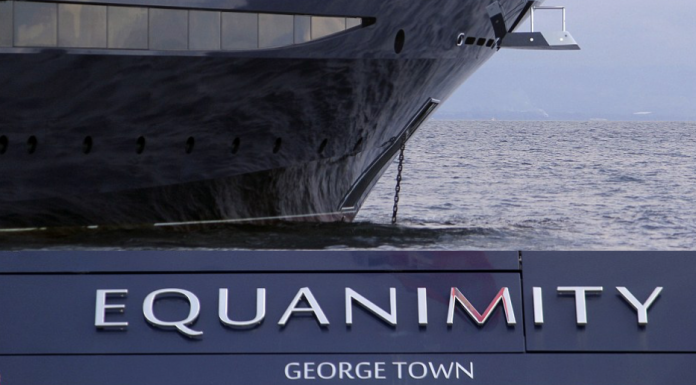 Based on filings by the US Department of Justice, this is how fugitive Jho Low bought the Equanimity, a superyacht worth RM1 billion or US$250 million.

The Americans did an intensive forensic search and they uncovered a financial maze through which the vessel was acquired.

They now believe Jho Low used the proceeds diverted from 1MDB’s 2013 bond issuance, and a loan issued by Deutsche Bank to 1MDB in May 2014.

The fact that he was able to get loans under the 1MDB suggests he was perhaps the primary mastermind behind the entire scandal. But that is a story for another day.

The DOJ filing shows that between January 7, 2014 and June 3, 2014:- More than USD250 million was diverted from 1MDB’s bond issuance into a company’s account in 4 major tranches.

The DOJ traced emails from Jho Low to various parties that confirms and is to be used as evidence against the fugitive playboy and his associates in the 1MDB scandal.

It alleges that the company, World View Limited belongs to the Low family.

On June 30, 2014:- Jho Low e-mailed a lawyer at Hill Dickinson LLP, and a senior BSI banker, to confirm that “World View Limited is a family trust of which only the Low Family are beneficial owners.

At that time, the Equanimity, as the yacht is called, was under construction near Rotterdam in the Netherlands. The DOJ says Low and his parents flew from Barcelona to Rotterdam and spent the following day in the shipyard to view the yacht.

The DOJ gave the names of the parents as one LHP and EG.

The DOJ also discovered that Low bought 80% of Park Lane Partnership for $200 million, using bond proceeds that the American investigators said were misappropriated in 2013.

After the acquisition, Jho Low sold a portion of his interest in Park Lane to Mubadala for approx. USD 135 Million which were placed into a “client trust account” maintained by DLA Piper (Park Lane Partnership’s trustee assets).

From there, the DOJ alleged, DLA Piper distributed the illicit funds to Jho Low, his daddy LHP, and his elder bro, in the amounts of USD 63 Million, USD 56.5 Million and USD 2 Million respectively.

The investigators also said A third Tranche of Purchase Funds was utilized from the World View Account to harbor approximately $65.5 million in funds borrowed from Sotheby’s Financial in 2014.

A total of US$107 million was borrowed from Sotheby’s Financial by pledging seven pieces of art as collateral.

This message is circulating widely on Whatsapp in Malaysia. The original source is the US Department of Justice filings and the article was produced by a local newspaper in Malaysia.Follow us on Social Media