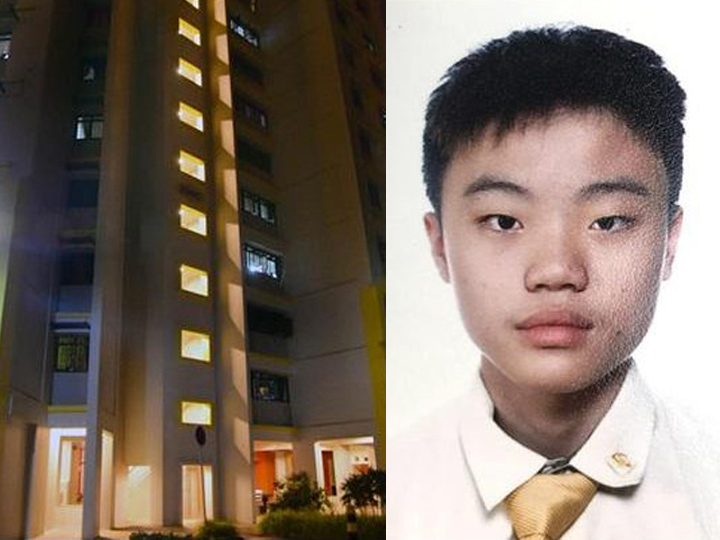 A 16-year-old Greendale Secondary School student was found dead at the foot of Block 298C Compassvale Crescent at about 4.45am today (19 Dec).

In what is believed to be a suicide note, the boy said: “I’m already 16 years old. You’ve raised me for 16 years. I don’t blame you. Don’t worry about me.”

The boy, Liu Wenjie, was supposed to collect his GCE N Level results today. Liu’s parents said that they did not put excessive pressure on their son and were satisfied as long as he passed his exams. His family was to go on holiday in 3 days and the death was a shock to them.

Liu had earlier told his elder brother he was going out to “watch a movie”. His brother said that he thought it was strange that Lui going to see a show at such a late hour, but didn’t stop him.

Police are reportedly investigating the incident.Follow us on Social Media