The Independent Singapore News
Home News Featured News 14-year-old girl forced to stay in hut due to her period dies... 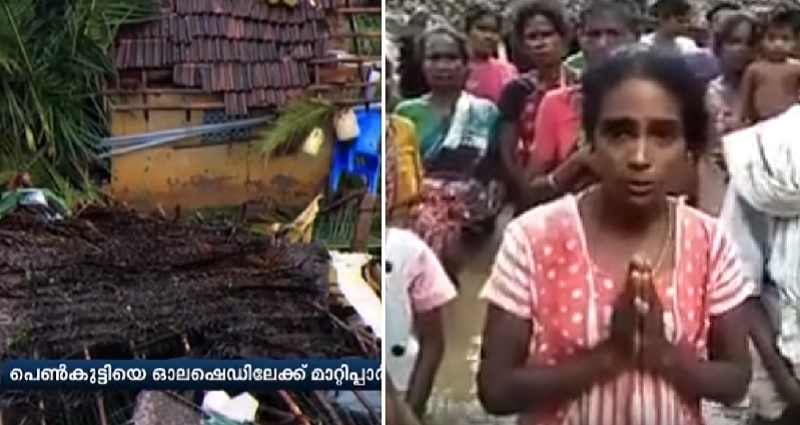 A 14-year-old girl named S. Vijayalakshmi died alone in an isolated hut when cyclone Gaja whipped Tamil Nadu, India, after she was forced to stay in the hut alone and away from her family since she was on her period.

The rest of her family, who were safe inside their home, survived the disaster that killed 45 others and destroyed 80,000 hectares of farmland, devastating the coastal state, on 16 Nov.

Vijayalakshmi’s grandmother told reporters that they could not keep the teenager in the house since she was on her period and that they could not move her elsewhere, even when they found out a deadly storm was approaching, since they lived far away from their neighbours.

Revealing that attempts to rescue Vijayalakshmi after the powerful typhoon hit went awry when a coconut tree fell on the hut the teenager was forced to stay at, the grandmother reportedly said:

“I told them to take her to a different place. But within hours, the cyclone had struck and we couldn’t move anywhere. We are shattered. When we saw the tree, we lost hope. We waited for villagers to help us remove the tree and pull her out of the hut.”

Vijayalakshmi was pronounced dead on arrival by the time she was extricated from the hut and rushed to the hospital.

The practice of banishing girls and women who are on their periods to a separate outhouse away from their family homes is an ancient custom that is still upheld in many communities in North and South India.

Based on the belief that menstruating women are impure during their periods, this practice has garnered widespread outrage from activists who have deemed it to be a “serious violation of the human rights of women.”

Meanwhile, the people in 12 districts of Tamil Nadu have been left devastated by cyclone Gaja.

One heart-wrenching video filmed in the aftermath of the disaster shows a community of people standing in flooded waters that come up to their thighs as a woman asks for aid for her starving people.

The woman adds that the Government has not provided any help to those affected by the deadly storm: