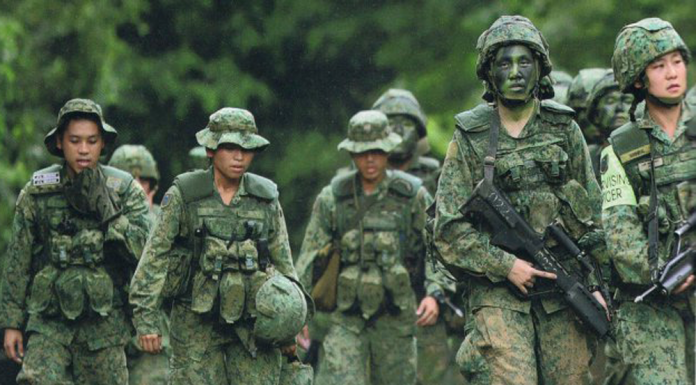 Senior Minister of State for Defence Maliki Osman revealed in Parliament yesterdat that about 14 per cent of full-time national servicemen (NSF) who were convicted for being absent without leave (AWOL) over the past five years pointed to financial hardship as the main reason they committed the offence.

Responding to a question by Workers’ Party Non-Constituency Member of Parliament Leon Perera who asked about NSFs who need financial assistance, Dr Maliki said that this equals to about 140 offenders who were convicted over the last five years for going AWOL in the General Court Martial.

“AWOL is a serious offence, so SAF will continue to take stern disciplinary action against servicemen who commit AWOL offences,” Dr Maliki said.

He, however, noted that only one of the cases reported in 2017 involved an NSF who went AWOL despite receiving financial assistance.

Dr Maliki, however, was unaware of the details of NSFs who have been charged for taking up paid work while they are in full-time service when he was pressed to elaborate on these details by Perera. The ruling party politician could only say:

“On NSFs taking paid work, they know they are not supposed to take paid work.

“But upon enlistment, we inform NSFs at any point in time if they need financial assistance, they can come to their commanding officers, OCs (officer commanding) and commanders to seek help wherever necessary.”

About 120 NSFs who receive Term Financial Assistance (TFA) – monthly aid that is provided throughout full-time service – each year. Those eligible for TFA receive anywhere between less than a hundred dollars to a few thousand dollars each month, for an average of eight months.

Dr Maliki added that “TFA grants were given to most recipients within two weeks of submitting the completed application,” as he revealed that about 80 per cent of applications are approved each year and that commanders conduct interviews to understand the NSFs’ circumstances better as they process applications.

Commanding officers or department heads are also able to expend quick financial aid through a one-off Contingency Grant of up to S$500, or the Welfare Grant for higher amounts, on top of the TFA. Dr Maliki said that these aid schemes help more than 50 NSFs yearly.

Dr Maliki added that other “touch points” are available to help these young men, even outside the Singapore Armed Forces. He said, “There are many different touch points… maybe the schools, hospitals or the community. So, we look at where these touch points are and we help them.”Follow us on Social Media