Kirsten Han is organising “democracy classrooms” in Singapore in her personal capacity. This surely is a courageous and principled decision, given the Singapore government’s proscription of New Narratif’s workshop arm and its bizarre declaration that such activities, especially when funded by George Soros, are “political in nature” and “contrary to Singapore’s national interests”.

While everyone else including ministers can organise and participate in public forums, talks, and feedback sessions in educational institutions to discuss, question and even criticise aspects of Singapore’s public policy, Kirsten’s New Narratif is barred from doing so.

That Ms Han remains a free woman in Singapore is testament to the common sense of its civil service; the Singapore government’s proscription of New Narratif/OSEA and apparent grudge match against George Soros may be political in nature, but democracy classrooms and questioning of public policy are legitimate activities that cannot be proscribed.

The latest democracy classroom was about poverty in Singapore. Social workers from welfare organisations shared, in their personal capacity, their experience working within Singapore’s social welfare sector. To wit: As external vendors directly funded by Singapore’s social spending budget, these welfare organisations are obliged, when helping the poor, to apply the state’s criteria and checklists, which define who are eligible and deserving of handouts. 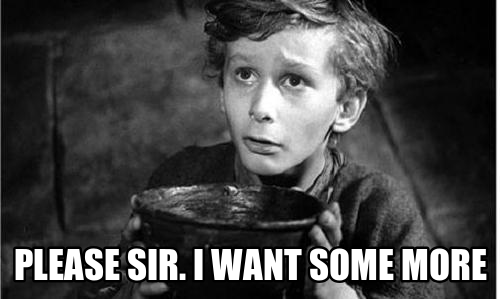 The consensus within the industry, or at least between the professionals in the democracy classroom, is that the rules as drawn up by the state often disenfranchise the poor further. The professionals in the industry feel that the very poor seem to be excluded from qualifying for welfare in Singapore, as a direct result of certain discriminatory criteria. As a whole, the state agencies seem unsympathetic to the conditions of poverty. Onerous and inflexible criteria that are put in place to prevent the very poor gaming the welfare system instead cause humiliation and additional misery and hardship to the petitioners.

From the perspective of professional social workers, every instance of a poor client who must be turned away and prevented from dipping into welfare handouts is an indictment of the system. From a sociological viewpoint however, we need to ask if this is a feature in the system and not a bug.

Singaporeans may not know it but their housing, education, and healthcare are highly subsidised by the state, to an extent that would make most affluent western nations blush (save for the Scandinavians). Since independence, the middle class in Singapore has been the main beneficiary of state welfare.

It’s a form of state welfare that doesn’t require people to approach the civil service with hat in hand. The state knows when you are eligible for handouts, how much handouts you should get, and all of it is done without legwork, casework, or pure hard work. Education is automatically subsidised: all school-going children get vouchersthat they can use while adults receive free money every year to go for courses and skills upgrading. Most of Singapore’s housing grants and subsidies are automatic and worked into the property bill. Concessions for hospital bills and healthcare premiums are automatically applied.

Plot twist: It’s not about the poor

What is the difference between Daniel Yap, celebrity state welfare recipient of the month, and the social worker’s dirt-poor client whose application for welfare grants keep getting rejected? [Full disclosure: I have previously written a healthcare article for The Middle Ground, which was co-founded by Daniel.]

From a social work perspective, such a policy is discriminatory and ironic: the very poor tend to have lower employment opportunities, causing them to participate in the informal economy if at all. It’s hard to build up savings if you’re an itinerant worker. And marrying out seems to be a universal solution if someone is too poor to participate in the local marriage market. 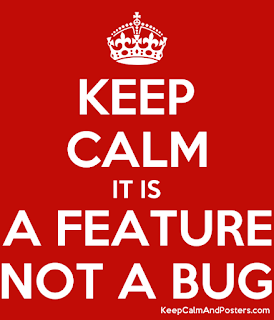 From a sociological perspective, welfare policy is not about defining the poor, helping them, or punishing them for being poor. Welfare policy is about defining the middle class and its habits as the norm that potential recipients should aspire towards, i.e. economically productive, gainfully employed, savings-positive but members of an industrial, consumerist economy.

It is no surprise that Singapore’s criteria for welfare handouts is not much different from most of the industrial west, minus the socialist Scandinavian states who are finally regretting their experiments with universal basic income, aka “living wage”.

Can Singapore live with its welfare system?

Singapore’s welfare system may be discriminatory. It may indeed benefit the middle class far more than the poor. But it is a coherent, consistent policy that reflects the values and preferences of its policymakers. And piloted by Singapore’s bureaucracy, it is a remarkably competent policy that delivers the same outcome, day in and day out.

Bleeding heart arguments will be ineffective against this.

We at Illusio posit an alternative argument that may have more traction. Namely, Singapore’s current administration of welfare handouts is unsustainable. It is due for policy failure, and should be reworked – preferably to an automatic voucher system that cuts down the unwieldy welfare state bureaucracy and the VWO ecosystem to a manageable size to reduce unproductive busy-work.

We note that Singapore’s welfare system (and its inculcation of middle class habits and norms) was tailor-made for an expansionary, industrialising economy between 1965 to the early 1990s. In such an expansionary, industrialising climate brimming with employment opportunities and massive trickle-down effects, it was correct to assume that the poor could lift themselves out of poverty easily so long as they participated in the economy.

Singapore today is a mature economy with sub 2% GDP growth. Ministers are increasingly aware of the entrenchment of poverty. Its success in creating a stable and large middle class has resulted in a situation where social capital is throwing a spanner into meritocracy and mobility. Its prime minister made a speech acknowledging the evolution of Singapore into a class society.

The assumptions and foundations behind the administration of welfare handouts no longer hold true. There is no expansionary economy today, no massive and easy trickle-down effect to lift the poor. Failure to realise that circumstances have changed will result in policy failure: an entrenched, permanent underclass. Let’s assume that future bureaucrats continue their hostility towards the very poor. Then we will have an angry, entrenched, permanent underclass.

The policy failure point is not that far-fetched or distant: Yishun, Singapore’s most criminal suburb, is on its way to becoming a Parisian banlieue.

Singapore cannot afford to run its welfare system like this, not if it wants to keep its reputation as a wealthy, crime-free global city.

The article was first published here. It has been re-published with the author’s permission.