Former SMRT chief executive Desmond Kuek installed two more ex-military personnel within the transport organisation before he left his post to his successor, Neo Kian Hong. Both Kuek and Neo are also ex-military, both having served as Chief of Defense Force during their time in the army.

Earlier this month, on 1 Aug, Kuek officially vacated his top post in SMRT after a nearly six-year tenure marked by various controversies – from the deaths of two trainees who were struck by an oncoming train, to the unprecedented flooding of an MRT tunnel and a collision between two trains that injured over 30 individuals, besides countless train service breakdowns.

After months of speculation that Kuek would resign, it was finally confirmed a few months ago that Neo would replace Kuek from August 2018 onwards.

One of the things Kuek did before he left SMRT in Neo’s hands was hire more ex-military personnel into the rail operator’s human resources department. In May, Clifford Keong and Lee Yem Choo (both Colonels) joined SMRT as head of HR for SMRT Trains and head of HR at SMRT’s Thomson-East Coast Line division, respectively.

Keong and Choo join several other former senior military men Kuek roped into SMRT when he joined the company in 2012. One of these employees, former Colonel Gerard Koh Keng Swee, who formerly served in the SAF for 24 years, was recently promoted to the post of  chief corporate officer after starting out as director of HR.

With Gerard Koh’s recent promotion, the number of ex-military men in SMRT’s Group Senior Management has ballooned to nearly half of the entire team, with ex-SAF and ex-MINDEF personnel occupying seven out of 15 posts. 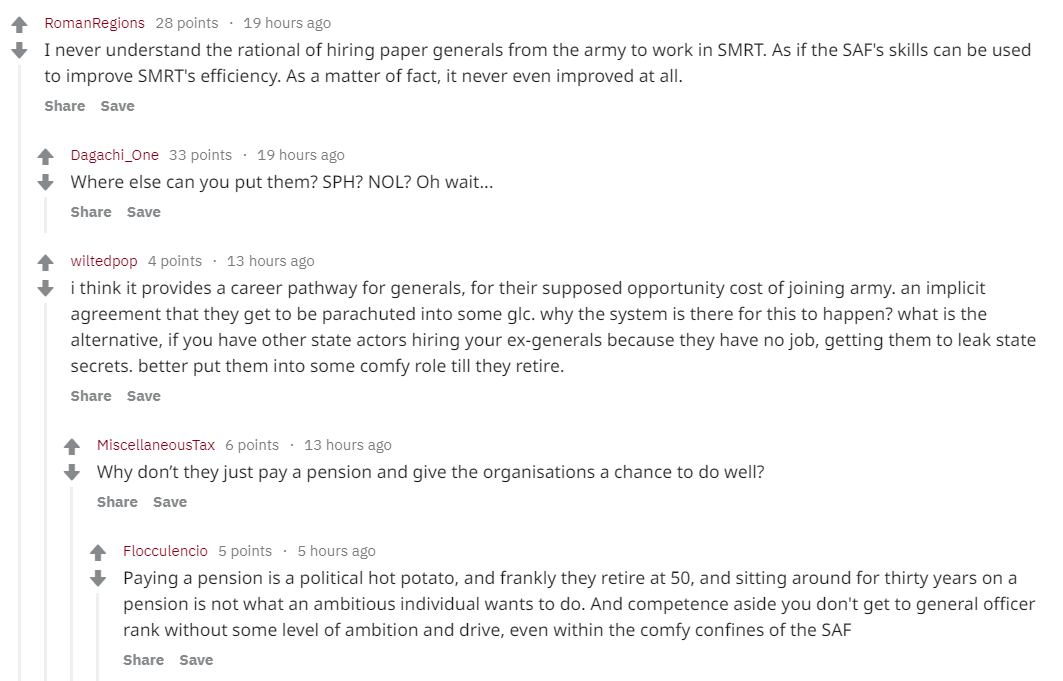